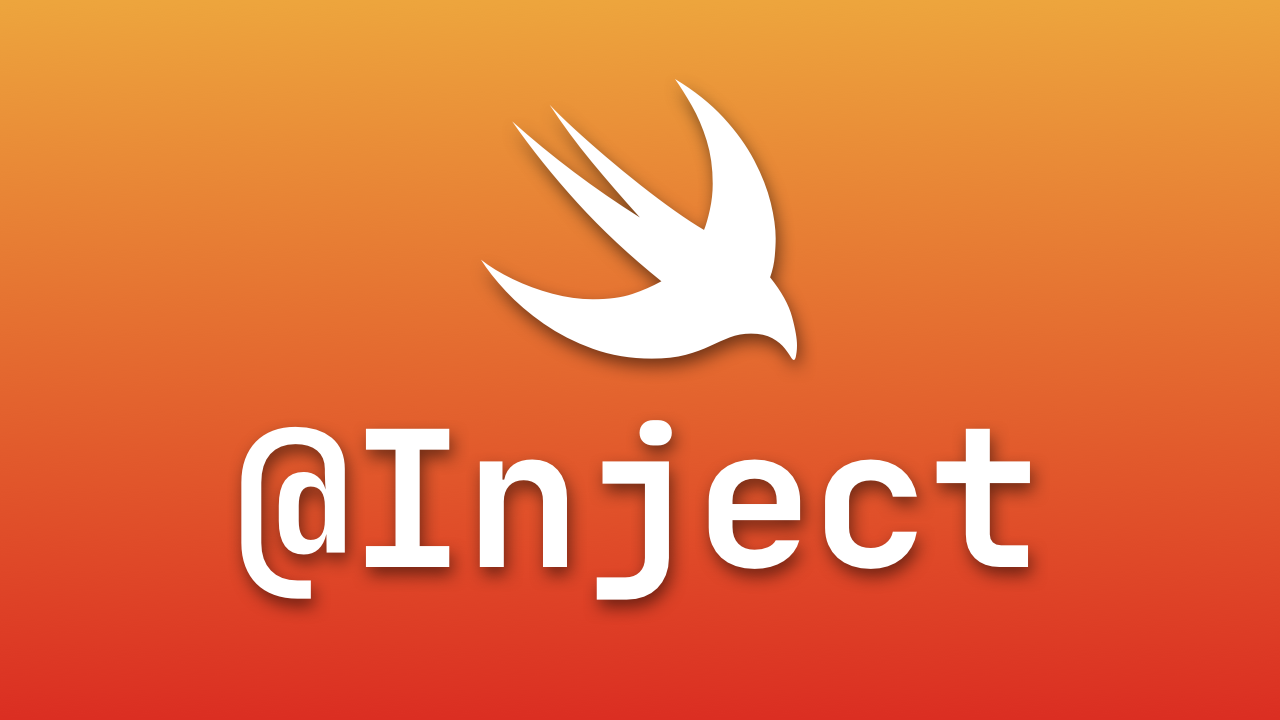 Dependency injection seems to be what all the cool kids talk about nowadays, specifically initializer/constructor based injection. The problem is that it can become challenging as a project begins to grow. Dependencies tend to be passed to intermediate objects just so that dependency is available somewhere down the road. Next thing you know, there 50 different objects passed into a view that shows a single text field (or some other rediculous use case).

Let's take a look at how we create our own property wrapper that allows us to pass our dependencies to a SwiftUI View with very little effort (this will also work for ViewControllers or any other object).

First things first, lets make sure we are working with a common type. We can do this by creating a protocol called Injectable.

Now we can create a Property wrapper that will specifically work with Injectable objects.

Property wrappers require a property called wrappedValue. This will hold the object we are trying to inject.

Let's also create a Resolver object that will manage the storage of our dependencies.

There are two important choices that we made here:

Since we need to update the storage of our Resolver, but we marked storage as a private property, let's go ahead and add some methods that allow us to store and retrieve dependencies.

We added add and resolve, both of which are generic methods that are intended to work with Injectable objects.

When we pass in an Injectable object to add, it will be saved into storage. When we resolve an object, we are attempting to retrieve our Injectable dependency by a stringified version of the object's type.

Now that we can interact with our Resolver, let's head back over to the Inject property wrapper and add an initializer that can resolve the dependency based on the Injectable type.

Since wrappedValue is explicitly defining the type as T, which will be determined by the explicit type at the @Inject call site, we can simply call Resolver.shared.resolve() and infer which type should be resolved during initialization.

Our property wrapper is pretty much done at this point. All we need to do now is make sure that we have an object that conforms to Injectable so we can add it to our Resolver

For this example, let's just keep it simple and have a class that has a function that can print a statement.

Let's also create a DependencyManager class that will add the dependencies for us.

We're finally ready to use our @Inject property wrapper! 🥳

And just like that, we have access to all the dependencies that the View actually needs, without requiring it to have references to the ones it doesn't.

Thanks Property Wrappers! Now we can be cool kids too! 😎