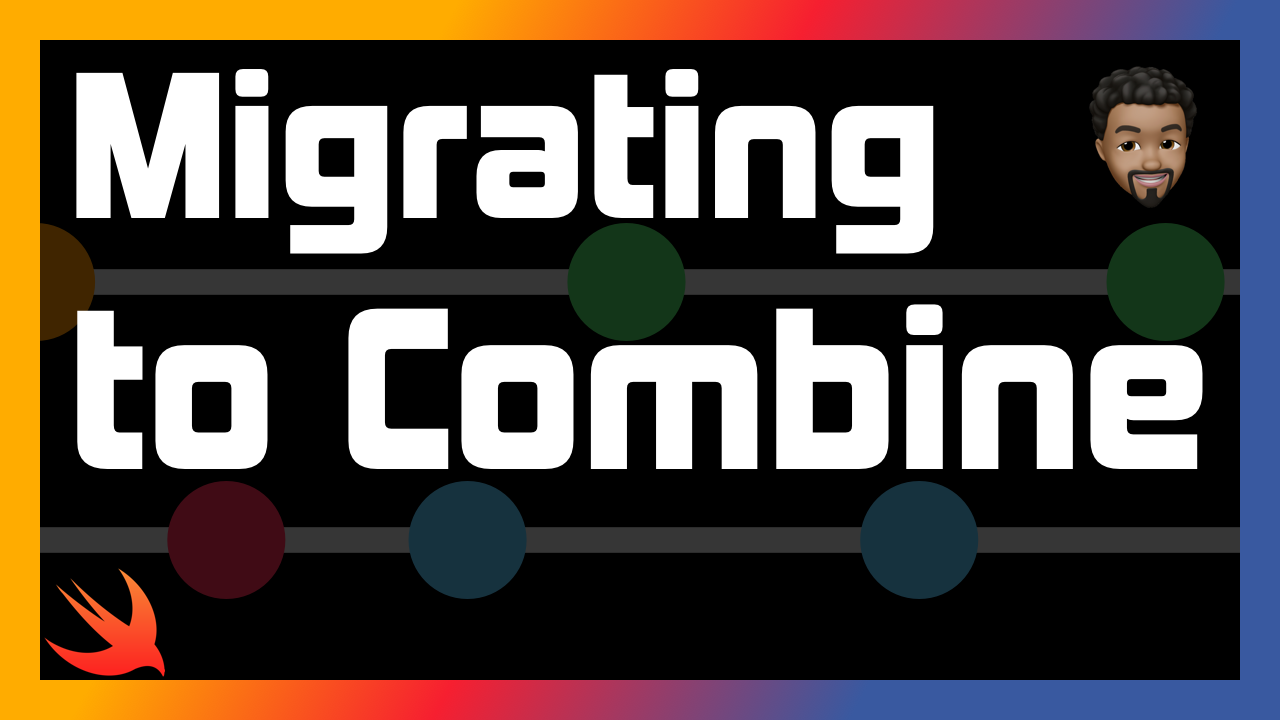 Allow me to set the stage before we jump in.

Let's say we have an app that shows a list of cells displaying an animal name and two buttons: one to show the animal emoji and the other to make the sound of that animal. 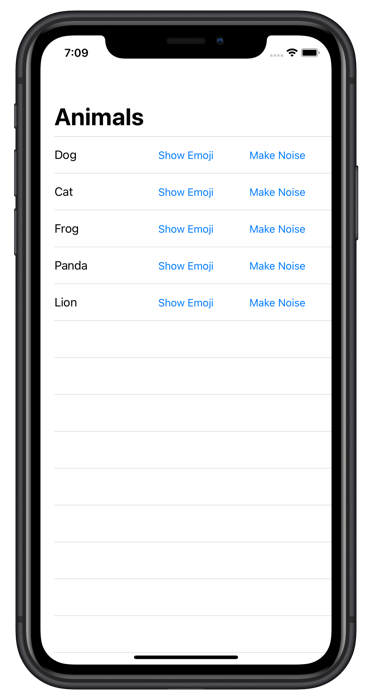 Designer was paid in equity 😛

Just like any real world app, we have similar features that have been implemented differently because everyone on the team seems to think their way is best 🤡

This TableViewController is responsible for retrieving the Animal's from a server and implementing the logic for when a user taps on either the "Show Emoji" button or the "Make Noise" button.

When calling the networking service, we pass in a closure that acts as a callback for when the server has returned the Animal data.

The AnimalCell is where we have two different ways to do the same thing; pass the Animal object when a button is tapped. The first way is in didTapShowEmojiButton which is using the delegate pattern to send the Animal object to our AnimalsViewController. The other is in didTapMakeNoiseButton which is using a callback to send the animal to AnimalsViewController.

So as we can see, we have a few examples of asynchronous code in this app. One important difference to understand between these types of communication is that the "networking request" that we are performing is only going to give us a single result. Either we will end up with a success and get our array of Animal's, or we will get an error, and that's it.

If the server is down, and sends an error, but one second later it is up and can send the array of Animal's, it wont do so until another request is made. It is in these circumstances where we are only expecting a single result to come back, that we want to work with Future.

Future is a publisher that is designed to return the result of a Promise. A Promise is almost identical to a callback with a Swift.Result, you write some control flow, then return a Promise by doing something like promise(.success(myObject)). Future is initialized with a Promise closure and then is treated like any other Publisher where you must use a sink to get the value.

Let's take a look at this in action by replacing our getAnimals method in NetworkingService.swift:

There is clearly a lot of similarity between our former function signature with a callback and our new function signature that returns a Future. We created our Future by passing in a closure that takes a Promise, and we pass either a success or a failure to our promise once we have determined the correct result to return; in this case, success(animals).

Back in our AnimalsViewController we are going to start getting errors since the function signature of NetworkingService.getAnimals has changed. To fix these errors, we simply handle our newly returned Future just like we would handle any other Publisher.

So now we have a sink for our Future Publisher which takes in two closures: receiveCompletion and receiveValue. We use receiveCompletion to handle any errors that may have occured as well as do any additional logic once the subscription has finished. The receiveValue block is more straightforward by simply passing in the expected value; in our case, an array of Animal objects.

Another thing we need to keep in mind is that sink's will fall out of memory if we don't keep a reference to them. That's where our little buddy getAnimalsToken comes in.

The difference between the "networking request" and the button taps coming from our cell is that there can be an infinite number of taps/values that are passed down stream from our buttons. When we are working with multiple results and don't know if/when they will stop coming, we need to use PassthroughSubject.

Unlike Future, the PassthroughSubject subscription will not finish after the first result is sent, but instead requires that a Completion<Failure> is manually sent down the stream if we want it to finish.

Let's take a look at this in action by replacing our delegate and callback code in AnimalCell.swift with PassthroughSubject.

It's a pretty straightforward swap. We replace the delegate and shouldMakeNoiseForAnimal properties with PassthroughSubject's that can be subscribed to through sink's at the call site. Then we simply send the Animal through the respective Publisher whenever either button is tapped.

While replacing our two original forms of communication with two PassthroughSubject's would work, it is less than ideal because we would need to hang onto a reference for both sink's in every cell. It's also kinda smelly cuz they're the same type of Publisher with different names.

Let's create a nested Action enum that we can send to the Publisher while still maintaining context as to what should be happening when each Action comes down stream.

Our new actionPublisher will publish AnimalCell.Action's and now we only have one sink to hang onto for each cell in our table view.

Our app should now continue to work as it did before, and now our way is best.

Combine is pretty slick, and offers us an opportunity to consolidate all of our communication patterns into a single pattern. Also, everybody and their mom is using reactive frameworks, so might as well get comfortable with the first party version as it is likely to become the standard for native iOS development.

Now go out there, convince your boss that you need to refactor all your code, and do so passionately 😘